In the aftermath of a somewhat tumultuous inauguration of Pres. Trump, the manufactured housing industry is paying close attention to the President’s follow through with regards to action and legislation he promised would facilitate affordable homeownership for millions of hardworking families. Helping those disenfranchised low-to-middle income homebuyers, which have been marginalized and unable to obtain the uniquely American dream of becoming homeowners for almost a decade.

President Trump has placed improving the economy at the forefront of an optimistic agenda. One that includes repealing and replacing Obama Care, job creation, relaxation of regulations, resuming energy production, a large middle-income tax cut and a massive infrastructure program. Any and all of these programs would help improve the financial welfare of today’s struggling Americans. Helping those that heretofore have not had the financial means to purchase a new, quality-built manufactured home, even with the cost of a new prefabricated home costing up to 50% less than a comparable site-built home.

We have listed the two most important actions below, one promised by the candidate – now, President Trump – and the other generated by the Republican congress. The industry will no doubt be following closely these events that would most benefit today’s homebuyers and the manufactured housing industry in the short term. Cognizant that significant economic improvements promised by Donald Trump will be an incremental process. 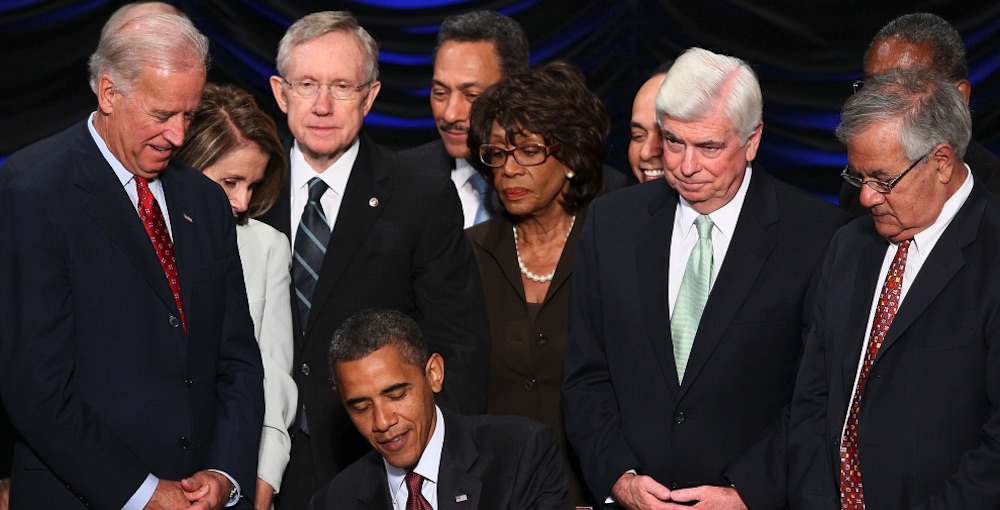 Here at MFH, we have repeatedly reported this legislation enacted in the aftermath of the 2008-2010 financial crisis has placed numerous restrictions on the sale and financing of manufactured homes. Ironically the regulations placed on the manufactured housing industry was unintended. Co-sponsor of the Dodd-Frank Wall Street Reform and Consumer Protection Act admitted after passage that including manufactured homes is the legislation was an error.

There is pending legislation to amend and/or eliminate Dodd-Frank. If this contentious legislation fails, we believe that President Trump will, by executive order, eliminate the inadvertent regulatory provisions that have hampered manufactured home ownership. This would empower a competitive financing market that will generate more options and alternatives for shoppers when purchasing a new manufactured home.

This bill was introduced in the House of Representatives on January 13, 2017, and reported here at MFH news blog on January 16, 2017. The surprise legislation will create much-needed replacement of older outdated (pre-HUD) mobile homes with grants and loans provided by the Dr. Ben Carson led Department Of Housing and Urban Development.

The simple language of the bill is as follows:

This legislation seems very much appropriate in light of the tornados that have devastated the southeast U.S. over the past few days. Much of that carnage was inflicted upon owners of older mobile homes in an area of the country, where the largest population of those outdated pre-Hud mobile homes exist. Manufactured homes produced since 1976 have proven to be as safe in a storm as any well built traditional home. Our hearts go out to all those victims of the storm’s wrath. The industry is hopeful that this legislation will pass with funding to replace many of these older homes before future weather events occur.

Trump: Will his combative start interpret his agenda?

Based on the contentious beginning of Donald Trump’s presidency, it would appear that a movement led by Hillary Clinton partisans, and buoyed by the press and media, will continue to challenge the legitimacy of Donald Trump as the 45th President of the United States of America. It’s also apparent those efforts will not be curtailed anytime in the near future, regardless of any and all accomplishments he might make. Most likely, those efforts to discredit him will become more bitter and contentious even if he were to succeed in fixing the economy. Playing Nostradamus, we predict that protests will become the new norm and there will be many “scandals” concocted by the left-leaning press in an attempt to raise doubts about his qualifications to lead the free world.

Will Pres. Trump survive the coming onslaught?  The following is an example of what could be expected.

Is “Blowing up the White House” Free Speech?

Madonna was among the many high-profile celebrities who delivered “anti-Trump speech” speeches at the Women’s March in Washington, D.C. last Saturday. But her profanity-laden (used “f-word four times) tirade raised more than a few eyebrows when she stated “I have thought a lot, an awful lot about … blowing up the White House!

The overriding motivation for the protest was a result of Trump’s lack of politically correct speech en route to his election to the highest office in the land. There are those that are of the opinion that Madonna’s speech bordered on sedition, although she has explained via Instagram that she does not encourage violence and felt that parts of her speech were taken  “wildly out of context.”  “I spoke in metaphor and I shared two ways of looking at things — one was to be hopeful, and one was to feel anger and outrage, which I personally felt.”

The hypocrisy of the Madonna statement and the venue is not lost on many. The Women’s March organizers refused to welcome women to join the protest in Washington D.C. who didn’t conform to the organizers’ abortion beliefs. Also, random surveys found that almost one-half of protestors did not vote in the presidential election. Go figure?

The funny thing about ‘The Women’s March’ is, according to the following Wall Street Journal video, white women were one of the dominant forces behind Donald J. Trump becoming the 45th president of the United States.