On December 1, 2017 the U.S. House of Representatives passed the Preserving Access to Manufactured Housing Act (H.R. 1699) in a bipartisan vote, according to Congresswoman Terri A. Sewell (D-AL), who is the lead Democrat co-sponsor with Congressman Andy Barr (R-KY), the lead Republican sponsor. Both representatives announced the bill’s passage in press releases via their respective websites.

“So-called ‘consumer protections’ that deny hard-working, low- and moderate-income Americans the ability to own their own home at an affordable price, are harming consumers—not protecting them. Bureaucrats in Washington, who know nothing about rural America, should not stand in the way of those Kentuckians who want to invest in a home of their own, often at a lower cost than rent. That is why I introduced, and the House passed, this bipartisan and common sense legislation to make it possible for more families to achieve the American dream of homeownership.” 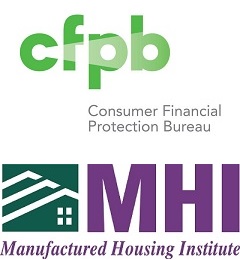 Unintended provisions of the Dodd-Frank financial reform law place restraints upon the sale of manufactured homes by onerous regulations. These are imposed by the Consumer Financial Protection Bureau (CFPB). The manufactured housing industry, led by the Manufactured Housing Institute (MHI), has been passionate about reining in these restraints. The regulations arbitrarily imposed by the CFPB continue to inhibit the opportunity for millions of hardworking lower-to-middle income Americans to realize the unique dream of quality affordable homeownership—the very definition of today’s modern manufactured homes.

The good news is the manufactured housing industry, led by MHI, have not placed “all their eggs in one basket.” MHI’s efforts to pass the Preserving Access to Manufactured Housing Act go beyond spearheading stand-alone legislation. MHI has also sought to attach the H.R.1699 language to legislative vehicles that are moving, like the CHOICE ACT (H.R.10).

The Choice Act passed the House in June, laying dormant in the Senate until a few weeks ago. It then cleared the Senate Banking Committee, with nine Democrats voting in favor of the Republican legislation. Chances are very good that that President Trump will sign the Choice Act—including language from the Preserving Access to Manufactured Housing Act—into law in the not too distant future.