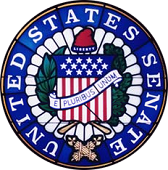 After the Democrats’ dominance of recent elections in Virginia, conventional wisdom would say their party’s “resistance” movement has triumphed. However, it appears some in Congress may be a bit uncomfortable with a strategy of total resistance going forward.

Nine Senate Democrats and the top Republican on the Senate Banking Committee have come together to support a new measure. The legislation would roll back key regulations of the Dodd-Frank Act. According to an online narrative by The Intercept, these include the onerous provisions of the Act that have had the unintended consequence of denying the possibility of homeownership for thousands of hard-working low- to middle-income Americans.

Bipartisanship – The Key To Reeling In Dodd-Frank 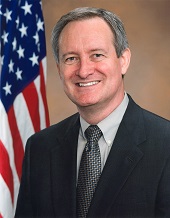 So, why would nine senators break ranks with the anti-Trump resistance? Perhaps the much-celebrated victory in Virginia is not actually predictive of future Democratic victories. Maybe they’re aware of the fact that Virginian voters, many of whom reside in or around the suburbs of Washington, D.C., are heavily Democrat. Virginia is the only southern state that Donald Trump did not carry in last year’s presidential election. Five of these Senators face re-election next year, and represent states won decisively by President Trump.

The new bill would ease dozens of the restrictions placed upon lenders by Dodd-Frank after the worst financial crisis in nearly a century. These include provisions that inadvertently, unfairly targeted the manufactured home industry and citizens seeking the uniquely American dream of quality, affordable homeownership—the opportunity manufactured homes particularly provide. Meanwhile, Congress has already exempted auto dealers from many lending regulations.

The House has already passed their own deregulatory financial bill called the CHOICE Act (HR 10). Consequently, Senate passage of this legislation could set up a conference committee. With nine Democrats on board, Republicans could also avoid a filibuster, the main barrier to advancing initiatives through Congress.

The Preserving Access to Manufactured Housing Act (HR 1699) is a separate bill, introduced last March. This bill intends to free retailers of manufactured homes from lending restrictions enforced by the Truth In Lending Act. Legislators have chosen to include language from this bill in the Financial CHOICE Act (HR 10). This decision is an example of a comprehensive strategy spearheaded by the Manufactured Housing Institute (MHI). MHI is the sole national trade organization representing the factory-built housing industry.

MHI’s efforts to pass the Preserving Access to Manufactured Housing Act are multi-pronged. In addition to spearheading stand-alone legislation, MHI has sought opportunities to attach language to legislative vehicles that are moving. The CHOICE Act is now moving, and chances are good that President Trump will sign into law in the not too distant future.