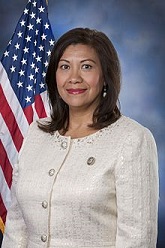 The HUD Manufactured Housing Modernization Act of 2017, or H.R. 3793, was introduced in the U.S. House of Representatives by Rep. Norma J. Torres (D-Pomona) in September. The chamber has now referred the bill to the House Committee on Financial Services, where it is currently under consideration. The bill means to increase availability of affordable housing by modernizing outdated regulations to include new manufactured housing options. Representative Torres described her bill and its intended effect in the following way:

“With housing prices rising in the Inland Empire and around the country, working families are finding the American Dream further and further out of reach. Manufactured housing can provide modern, well-built affordable housing options that are nearly indistinguishable from site-built housing, yet current regulations ignore manufactured housing as a viable solution. My bill would bring local planning for affordable housing and community development into the 21st century and ensure our communities are considering all viable options to make housing affordable and accessible.”

The Department of Housing and Urban Development (HUD) strives to advocate for affordable housing options in communities across the country. The agency does so through grants and economic development programs as part of Consolidated Planning. Unfortunately, these programs have so far ignored manufactured housing as a viable, focused solution for certain communities.

Under Bill, States and Localities Would Consider Manufactured Homes as Affordable Housing

Most folks understand that prefabricated homes, including mobile and manufactured homes, are victim to outdated stereotypes regarding their quality. However, these stereotypes could not apply to modern, well-built, and well-maintained manufactured homes any less. In reality, home builders construct these homes to the same standards of quality as site-built homes, set by HUD. What’s more, home builders can construct them in a fraction of the time it takes to build a house on-site. Perhaps most importantly, manufacturers can build them at a far lower cost, while producing 40 percent less waste. Additionally, modern manufactured homes can save homeowners more than 25 percent on total heating and cooling costs. The HUD Manufactured Housing Modernization Act of 2017 advises HUD to update their Consolidated Planning Guidance to states and local jurisdictions to simply consider manufactured housing as a viable option.

Doug Ryan is Director of Affordable Homeownership at Prosperity Now. The organization works to help poor Americans move into the middle class through advocating for affordable housing. Ryan had this to say about the bill:

“We are thrilled to support Rep. Torres’s HUD Manufactured Housing Modernization Act of 2017. When communities and states draw up their consolidated plans for the use of federal dollars, too often they don’t get a full picture of local affordable housing. By requiring that localities and states include manufactured homes, the largest type of unsubsidized housing in the U.S., this legislation would offer another tool to local leaders as they address the affordable housing crises in their communities.”