A lack of affordable housing continues to pervade the United States, even in sprawling, rural states like Montana. The consensus of federal, state, county, and city officials is that manufactured housing is the logical option to provide affordable, quality homeownership for hardworking low- to middle-income Americans.

Unfortunately, most “newer” communities were developed in the 1970s, ’80s, and into the ’90s. In recent times there have been only a handful of new communities developed per year, anywhere in the country.

A new manufactured home community can be a lucrative investment for an enterprising developer. It’s also ideal for entry-level homebuyers, as well as a growing number of retirees looking to downsize without downgrading their preferred lifestyle.

However, developers of new manufactured home communities are being denied permits by local housing and zoning authorities. This is often due to institutionalized, lingering stigmas attached to “mobile homes” and “trailer parks” that were built over forty years ago.

Typically, the builder’s application will be denied due to objections by misinformed officials and NIMBYs (Not In My Backyard) at public hearings, decrying that their property will be devalued if there are “mobile homes” located anywhere near their “real homes.” This contention that manufactured homes cause the devaluation of nearby homes is a myth — U.S. HUD reports that several studies find no evidence that manufactured homes have any impact on the sales price of adjacent properties. 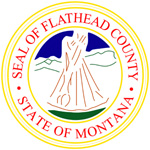 In March, the Flathead County Board of Adjustment was on the cusp of granting a permit to develop a 122-space manufactured home community in Evergreen, an unincorporated town close by the city of Kalispell, Montana.

In fact, the Board of Adjustment voted unanimously to approve the permit — but the meeting audio didn’t properly record.

The Flathead County Attorney’s Office recommended holding a re-vote. According to the Flathead Beacon, that meeting was scheduled for May 1st.

On April 12th, dozens of Evergreen residents spoke in front of the Flathead County Planning Board to oppose the project. The residents voiced concerns over the potential of the manufactured home community to decrease surrounding property values and overwhelm the local infrastructure.

Without the conditional-use permit, the project is essentially dead in the water. The vote was 2-2 on the motion to approve the project, meaning it wasn’t denied, just not approved. Still, since the Planning Board didn’t give approval for the permit, the project does not move forward. Apparently, the audio was working just fine this time.

affordable housing, NIMBYs, Not In My Backyard
Recommended Posts