Is Manufactured Housing the Answer to America’s Affordable Housing Crisis?

According to the Harvard Joint Center for Housing Studies, the national homeownership rate in the United States has experienced an historic decline in recent years. After peaking at 69.2 percent in 2004, it had fallen to 63.7 percent in 2015. During the second quarter of this year, only 62.9 percent of U.S. households were owner occupied residences—the lowest level since the Census Bureau began tracking it in 1965.  But why? And could manufactured housing be the solution?

Recently, news commentator Chris Reed penned an op-ed in the San Diego Union Tribune in an attempt to answer this question. In it, Reed offers what he feels is the obvious solution to the housing crisis in his home state of California. Both question and answer are similarly applicable to other states and regions of the country. We have highlighted his opinions below:

Answer To Housing Crisis Is In Plain Sight — Manufactured Homes

This may be remembered as the year California’s leaders finally grasped that a lack of housing was an enormous problem, driving up the cost of homes and rent to an extent that the Golden State has become the epicenter of U.S. poverty, with more than one in five households living paycheck to paycheck. The realization spurred state lawmakers to propose dozens of bills meant to promote housing construction. However, none of the legislation will significantly increase the availability of affordable housing stock in California.

Reed suggests there is an obvious answer to the affordable housing crisis hiding in plain sight—manufactured homes—if Californians can do the following:

Manufactured Housing Is Ready To Help — Now, State Officials Must Help, Too

Will Google inspire California officials to embrace manufactured housing? That very much depends on whether California officials actually, you know, want to solve the housing crisis by sharply adding stock—or if they’d rather send the message that they’re trying by endorsing affordable housing bonds and approving minor regulatory reforms. 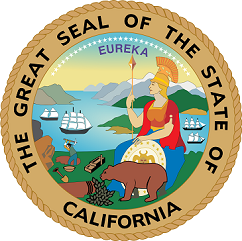 Unless Californians are convinced of the benefits of a significant increase in home building—targeted at meeting housing demands at every income level —no state intervention is likely to make significant progress on addressing the state’s housing challenges.

Nationally, it’s going to be exciting to watch manufactured housing’s explosive growth, and see if Warren Buffett or his heir beat Amazon’s Jeff Bezos in the race to be the world’s first trillionaire! Either way, Californians are far more likely to be reading about the phenomenon on their phones than witnessing it in their backyards.

Note: In his full commentary Reed references information from recent writing in USA Today by rural investment activist Suzanne Anarde, which was co-opted here at ManufacturedHomes.com. Click “I Celebrated Holidays In A Mobile Home” to read the blog.