Unfortunately, the NIMBY (not in my backyard) mindset still exists in some areas of Ashland, Kentucky.

There has been barely a handful of new manufactured communities developed in the U.S over the past few years, notwithstanding that, today’s modern new manufactured homes are well built with health and safety standards equal to site built homes –  at a price of up to 50% less.

If indeed, a manufactured home is equal to and sometimes superior in every respect to a traditional site built home, why are there so few new communities being developed?

Currently, there is a multitude of reasons why developers are not building new manufactured home communities. The most common detriment is the inability for property owners and developers to secure approvals from housing authorities in cities and municipalities around the country. The primary cause of these lack of approvals is a direct result of residents in those localities objecting to “mobile homes” being allowed in their community. It’s those residents that we gently refer to as embracing the “NIMBY” philosophy.

The following are excerpts of dialog reported by The Daily Independent, extracted from the Ashland, Kentucky City Council meeting on July 18. 2017. A look at the psychological underbelly of rezoning property in the “Land of Freedom,” the exchange illustrates an example of NIMBYism run amok when an applicant tries to get approval for developing a new manufactured home community. 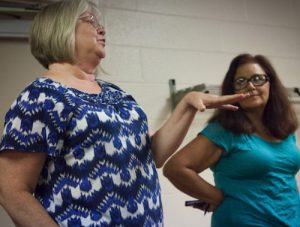 Raceland residents vexed by a proposed mobile home park (sic), including one man who was ejected from the community center, voiced their frustration to the city council during a 3 ½ hour meeting that was, chaotic.

The council met Tuesday night to decide whether to rezone property near Williams Avenue. A business woman Kimberly Eickler, owns the property and wants to turn into a mobile home park, but needs final approval from the city. A larger mobile home park is adjacent to the property that Eickler owns.

Residents who live near the property were lined up behind the podium.

Some of their concerns and objections were:

Some said they fear “a rise in crime stemming from a new mobile park.”

Other residents noted that “they worry their property value would decrease if the mobile home park was approved.” Eickler and a local realtor argued the residents already have homes surrounding the larger mobile home park that has existed for decades.

Another local resident, who lives near Williams Avenue, rose to the podium and said he wondered how they could consider raising property taxes, and “At the same time you’re putting in a ‘trailer park.”

Council members said a new trailer park (sic) could provide additional tax revenue to the city. The resident replied, “It doesn’t help us.” he argued. “Our property is going to depreciate.”