Minnesota – U.S. Rep. Keith Ellison has introduced legislation in the House of Representatives that is designed to protect mobile home residents against the abrupt sale of their communities/parks.

On Wednesday, U.S. Rep. Keith Ellison (D-MN 5th District) issued a press release announcing the legislation. Ellison’s bill, H.R. 3296, would use a federal tax incentive to encourage mobile home park owners to sell their property to residents or a not-for-profit developer. Additionally, the bill would ensure the property (community/ land) would be utilized for mobile homes for a minimum of 50 years prior to the close of escrow.

A companion bill was introduced in the U.S. Senate by Sen. Shaheen. 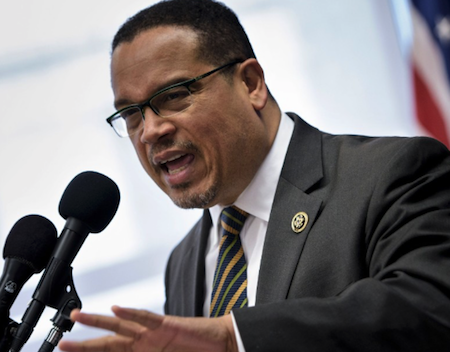 Ellison’s announcement on Wednesday was just a few days after the Star Tribune chronicled the fate of the Lowry Grove Mobile Home Park in St. Anthony. The mobile home community was closed after failed attempts to save the park, which was sold to a for profit developer.

Named the Frank Adelman Manufactured Housing Community Sustainability Act by Ellison, the legislation was named in honor of Lowry Grove, who took his own life just days” before the park was forced to close,” forcing Mr. Grove to move.

“I’m…heartbroken for the thousands of families who were evicted from their communities when the land under their homes was sold,” Ellison said in a statement. “My bill gives residents a fighting chance to compete with developers and save their homes and communities.”

Per the Star Tribune, HR 3296 would provide “mobile home park owners a 75 percent federal tax credit for selling to residents or a non-profit developer. If an owner made a $1 million profit on the park sale, for instance, he or she would have to pay only $37,000 in capital gains tax instead of the full value tax of $150,000.”

In full support of the critical legislation, Multiple home advocacy groups including All Parks Alliance for Change, Prosperity Now and the National Manufactured Home Owners Association (NMHOA) as spoken of in support of the bill.

Dave Anderson, the Executive director of NMHOA, said a tax credit could motivate park owners to think twice before selling the land, “This is…providing a positive financial incentive that you get from this kind of sale that you couldn’t from another kind of sale,” he said.

The U.S. Department of Housing and Urban Development has for decades set the standards for the design, construction, and placement of manufactured homes across the country. A tax credit, however, is “definitely new territory for the federal government,” Anderson said.

The tax credit would be particularly intriguing for mobile home park owners who want to retire but not at the expense of residents, he added.

Some states, including Washington, Oregon, and Montana, have their own incentives for mobile home park owners who sell to homeowners or non-profits.

Park owners often pass their property after they die to family members, who inherit it tax-free. As a result, the capital gains tax is seldom collected following a park sale, according to Ellison’s office.

In a cooperative community, neighbors own an equal share of the mobile home park property and elect a board of residents that manages its budget and day-to-day operations of the community, There are more than 1,000 such communities in the United States.