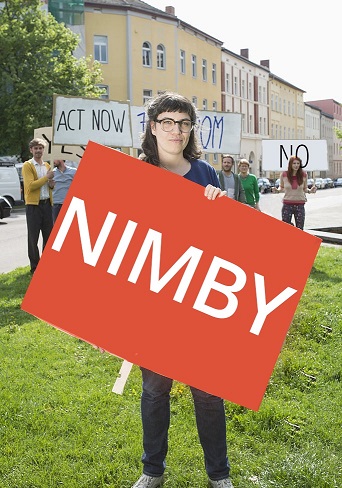 It’s certainly not because communities are not profitable for developers—quite to the contrary. By most accounts, owning a manufactured home community has proven to be an investment which produces excellent returns. It also isn’t that home buyers don’t desire to purchase a home to place in a manufactured home community. In fact, residents of communities by and large would not want to live anywhere else, regardless of their financial status.

Here at MFH, we’ve reported numerous attempts by developers to obtain approval for new communities across the country. Officials often deny these petitions because of objections and protests by residents of areas near the site of the development. Some folks refer to these residents as “NIMBYs” (Not In My Backyard).

Residents typically base these protests upon myths about “mobile home”  and “trailer” parks. Their objections also usually include misconceptions and misrepresentations of the types of people that live in these communities.

At these planning meetings, residents voice mischaracterizations that date back almost half a century, over and over again. Usually, housing officials do not challenge these assertions, or simply don’t understand what today’s modern manufactured homes really represent—well-built, affordable housing that is equal and often superior to comparable site-built homes in every respect. The only difference is that manufacturers build these homes in a factory.

The Lowell, Arkansas Planning Commission recently considered a request to rezone a 12.5-acre plot intended to become McClure Mobile Home Park. Located at 406 McClure Avenue, the property is only two-tenths of a mile from City Hall.

The property was once an older “trailer park,” long ago condemned with several old structures remaining on the site, according to a report by the Northwest Arkansas Democrat-Gazette.

Residents Concerned About A “Drastic Drop In Property Values”

Local residents showed up in en masse to voice their objections to a manufactured home community in their town. Their primary contention was that the introduction of manufactured homes into their community would depreciate the value of their homes. 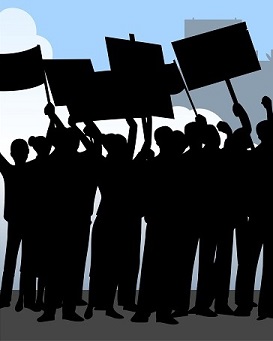 The developer withdrew their request after a contentious public hearing. The following are comments from those attending the Planning Commission hearing:

“We just got rid of a ‘trailer’ park, why put another in?” read one written complaint to the city.

Another mentioned a trespassing issue from the current tenants of the property who, he said, cross the fences that border other’s private property.

Most of those objecting to the manufactured home zoning change were far more concerned with the potential for their property value to decline. One written submission simply said “future property values.”

“The appraisal is based on the homes around you,” said a resident. “I’m concerned…it would drastically drop the value of my property.”

Quite often, one may consider the commissioners deciding the fate of manufactured homes in their community to be NIMBYs, too. As such, they have little interest in learning the truth about today’s modern manufactured housing. They also tend to refer to the homes as “mobile homes” instead of their legal classification, “manufactured homes.” (Note: There have been no “mobile homes” built in over four decades.) 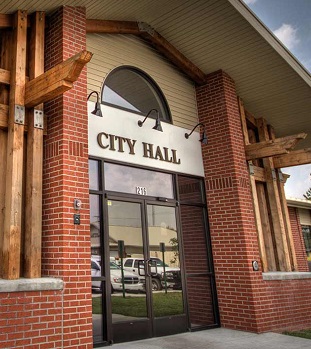 Lloyd Showalter, a planning commissioner, said he, too, has concerns about the “mobile home” project.

Thomas Kieklak, city attorney, clarified for the record that commissioners meant  “manufactured homes,” not “mobile homes,” since the latter are, by legal definition, structures built before 1976.

Milner recommended Swope revisit the matter with the title company and provide the commission with more information before the next Planning Commission. Not surprisingly, Swope withdrew the request.

For more information and analysis regarding the appreciation and depreciation of manufactured homes, read on — IS A MANUFACTURED HOME A GOOD INVESTMENT?