The growing demand for affordable housing, and fulfillment of the uniquely American dream of home ownership, is still an elusive attainment for millions of hardworking Americans.

Modern manufactured homes are the only kind of home that checks all the boxes for affordability, quality, safety, and attainability in today’s housing market — yet, the slow growth in production and sales of manufactured homes is not commensurate with the obvious needs of those seeking the American dream.

Slow growth is, to some extent, necessary as our industry’s historical reaction to rapid growth has in the past resulted in the inability to act appropriately, sometimes with less than stellar customer service. The usage of the term “slow growth” is synonymous with controlled growth, which is understandably the logical expectation based on the industry’s current capabilities.

Scaling our industry while improving customer service and long-term measured commitment to excellence and image enhancement is of utmost importance. Now more than ever the industry needs a vast adaption to the usage of technology and digital marketing as an aid to driving everything from production to sales, resulting in the steady, controlled growth of the manufactured housing industry. If we as an industry take it upon ourselves, from manufacturing to retailing, we can make fast growth synonymous with controlled growth.

According to official statistics recently compiled and released by the Manufactured Housing Association for Regulatory Reform (MHARR) on behalf of the Department of Housing and Urban Development (HUD), manufactured home production grew once again in 2017.

The statistics indicate HUD Code manufactured home builders produced and shipped 92,902 homes in 2017, a 14.5% increase over the 81,136 homes produced in 2016. This represents the ninth consecutive year of double-digit increases in production and shipments of manufactured homes.

This consistent month-over-month, year-over-year growth is admirable. However, the total number of lower- and middle-income, hard-working Americans that have access to today’s modern manufactured homes should be enough to quadruple these “slow growth” numbers. So, why hasn’t that become a reality?

Following the nation’s financial crisis 10 years ago, Washington D.C. responded with oppressive regulation and legislative overreach that has greatly inhibited the growth of the manufactured housing industry. 2018 may well be the year that the industry overcomes some of these barriers to its growth and begins to realize its true potential.

Following are a few of the recent industry successes, as well as pending victories that appear to be on the cusp of realization. The Manufactured Housing Institute (MHI) deserves much of the credit for these victories for the industry — the organization persistently advocates for the industry on Capitol Hill, and their hard work continues to be an essential asset for manufactured home retailers, builders, lenders, and homeowners.

Legislative inequities placing restrictions on the financing and sale of manufactured homes have severely hampered access to their ownership for millions of otherwise qualified Americans. However, after a year spent in office, the Trump administration and the Republican majority in Congress continue to fulfill the President’s campaign promises. Deregulation and pending legislation, generated and endorsed by MHI, is now set to overturn these inequities.

Below, we present a snapshot of ongoing and recent actions by the Trump administration and/or the Manufactured Housing Institute that will free up these restraints, unleashing the manufactured housing industry’s full potential to address the country’s critical need for affordable, quality home ownership. 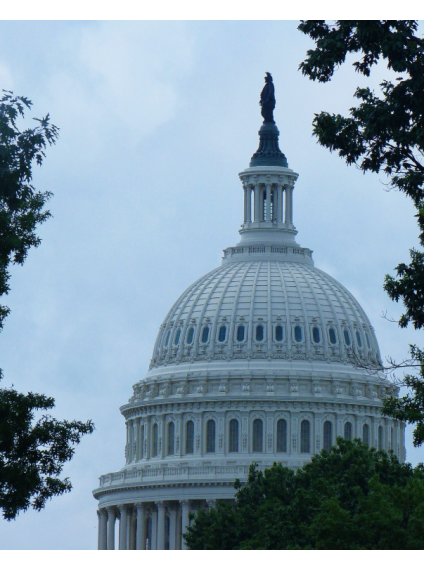 – The Preserving Access to Manufactured Housing Act (H.R. 1699), initiated by MHI’s efforts almost a decade ago, recently passed the House and is now pending in the Senate. It addresses federal regulations, implemented via the 2010 Dodd-Frank Wall Street and Consumer Protection Act, that do not reflect the true nature of the manufactured home sales and financing process. This legislation ensures manufactured housing remains available and affordable, without eroding important federal consumer protections. To learn more, read our recent article “House Passes Preserving Access to Manufactured Housing Act in Bipartisan Report.”

– The Financial CHOICE ACT (H.R. 10) has also passed the House and cleared the Senate Banking Committee, with nine Democrats supporting. It is expected to pass the Senate in the near future with enough votes to avoid a filibuster by Democrats. The CHOICE Act includes language from the Preserving Access to Manufactured Housing Act, and also aims to roll back provisions inadvertently and unfairly targeting manufactured home retailers, lenders, and buyers—those citizens seeking the American dream of quality affordable homeownership. Read our report “Nine Democrats Join Republican Senators in Measure to Undo Dodd-Frank Manufactured Home Regulations” for more details.

– Last November, the Consumer Financial Protection Bureau (CFPB) Director — Richard Cordray, the gentleman tasked with enforcing the regulations now being undone — was replaced by president Trump with Mick Mulvaney, with an eye toward ending these oppressive regulations. The manufactured home industry will likely be unleashed to satisfy the needs and dreams of American home buyers by the newly appointed acting Director of the CFPB, who also serves as the Trump administration’s Budget Director. Mulvaney has already begun to undo many unfair restrictions on affordable quality home ownership. Should the previously mentioned legislative measures fail to pass Congress, Mulvaney and the CFPB could serve as the ultimate back-up plan.

In our recent reporting, we’ve covered additional actions led by the Manufactured Housing Institute that aim to benefit the manufactured housing industry, ease restrictions placed upon it, and accelerate its growth. To learn more, check out our recent posts “Congress, President Approve Extension of Fair Tax Credit for Builders of Manufactured Homes” and “President Trump’s Deregulation of Manufactured Homes Has Officially Come to the Department of Housing and Urban Development.”