On Thursday, the U.S. Department of Housing and Urban Development announced that it is undertaking a “top-to-bottom review of its manufactured housing rules as a broader effort to identify regulations that may be ineffective, overly burdensome, or excessively costly given the critical need for affordable housing.”

The language of the Executive Order also mandates that the agency eliminate two existing regulations anytime a new regulation is introduced. 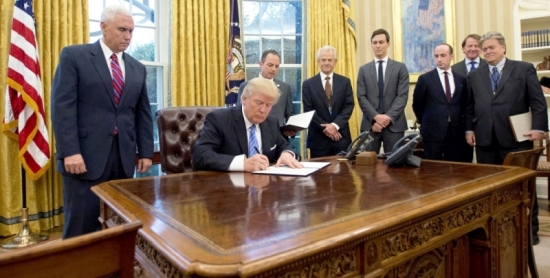 HUD says it is conducting the review as part of its overall effort to identify ways to reduce its operating costs. That includes scaling back or eliminating regulations.

“It’s estimated that more than 22 million American households reside in manufactured housing, particularly in rural areas where this form of housing represents an even greater share of occupied homes,” the release states. “The manufactured housing industry is also an important economic engine, accounting for approximately 35,000 jobs nationwide.”

To commence the process, HUD is asking the public for feedback, in order to help it “identify existing or planned manufactured housing regulatory actions to assess their actual and potential compliance costs and whether those costs are justified against the backdrop of the nation’s shortage of affordable housing,” the agency says in the release.

In its notice of regulatory review, HUD says it is inviting the public to comment “to assist in identifying manufactured housing regulations that may be outmoded, ineffective or excessively burdensome and should be modified, streamlined, replaced or repealed.” Feedback will be collected for the next 30 days.

“HUD’s regulation of manufactured housing fulfills a critical role to ensure a fair and efficient market that supplies affordable housing for households of modest incomes and protecting consumers,” HUD said in it’s announcement. “HUD may adopt, revise, and interpret  its manufactured housing rules based upon the public comments it receives and the recommendations of the Manufactured Housing Consensus Committee, a statutory federal advisory committee comprised of producers OR retailers of manufactured homes as well as consumers, residents and public officials.”

More than half of all manufactured homes purchased in the nation are sold by independent retailers utilizing independent installers. Both entities are governed by the rules and regulations of the Department of Housing and Urban Development. As important stakeholders in the manufactured housing industry, their feedback should be offered and considered important in the rule-making process.

To read the full notice from HUD and learn how to respond, click here.