Is Toyota Poised to Disrupt the U.S. Factory-Built Housing Market?

Japan might have the world’s most developed factory-built housing market. For various economic and cultural reasons, prefab home manufacturers have been doing business in Japan since the 1960s. The industry there has mostly focused on improving quality over traditional home construction, rather than lowering cost.

In Japan, about 25% of all new homes are manufactured. Japan’s success illustrates the superior quality of products manufactured in a factory environment. Off-site modular construction also eliminates the last-minute changes that can plague on-site construction and reduce the quality of finished homes. Japan prizes prefab construction for its quality and efficiency. In fact, from 1963 to 2014, manufacturers built 9 million prefab homes there.

Toyota, Mastering Prefab Homes, Could Look To U.S. For Growth

Toyota has been building prefab homes for almost 40 years. The automobile maker started building houses in 1975 on an assembly line, just like its cars. Some Toyota dealerships also sold housing plans. Their goal, Toyota stated at the time, was “truly wanting to make Japanese homes better.” The company’s foray into home building is no secret—but so far, they’re only doing it in Japan.

Toyota has made some significant accomplishments under its housing division, including providing temporary shelters for earthquake victims in Turkey, expanding to produce condominiums, and offering home loans.

In the late 1990s, Toyota adopted three major principles that ensured their future housing production would be environmentally friendly. First, they’d develop and use products that would meet guidelines for environmental safety. Houses would be built using materials and technology that would reduce carbon dioxide emissions, and Toyota would ensure that all modular homes they build would be sustainable for at least 30 years. Next, the construction process would reduce waste and save water. Finally, Toyota would partner with other businesses that were ecologically friendly, ensuring all aspects of production—from suppliers to dealers—left the smallest footprint.

Over the last three years, Toyota has produced more than 5,000 homes each year. Toyota’s prefab homes can be assembled in less than 45 days, and come backed by a 60-year guarantee.

If Toyota makes the decision to enter the American factory-built housing market as rumored, it could send a shock wave through the industry. It’s widely known that in America, the fading yet persistent specters of the “mobile home” and the “trailer park” have left the factory-built housing industry playing defense against an unflattering image. Toyota, on the other hand, is admired worldwide for its excellent reputation for building beautiful, reliable, and affordable products. 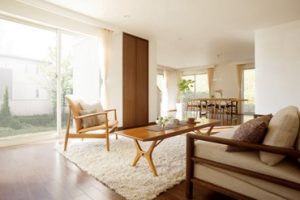 It’s likely Toyota would build their first factories in California and the Pacific Northwest, where affordable housing is in short supply. The company would likely begin operations with their single family dwellings (built with steel frames and to current U.S. IRC codes). Toyota’s home modules are 8 feet wide and are shipped on flatbed trucks, cutting freight costs by as much as 75% over delivery of traditional U.S. modules, which are up to 16 feet wide. In Japan, the company’s modules are set with a crane and a factory crew in about 24 hours, cutting costs even further.

If Toyota is able to replicate their Japanese processes for manufacturing, transporting, and installing their manufactured homes in the U.S., the factory-built housing market could see the entry of a powerful new competitor—able to provide affordable, quickly-built homes bearing a mark that’s synonymous with quality and reliability around the globe. Now more than ever, the factory-built housing industry in America must strive to improve its image.

Luckily, now is the time—modern manufactured and modular housing, designed and built in the United States, is more beautiful, reliable, and affordable today than ever before. With a solid product to offer and solid efforts to modernize its image, the U.S. manufactured housing industry can continue to grow, and even thrive, in spite of international competition.