As we say hello to 2017, the good news keeps coming. Albeit from a surprising source, the U.S. Department of Agriculture. You may recall our report recently that the USDA is expanding the Pilot 502 Program that would offer direct financing for manufactured homes placed into manufactured home land lease communities. On the heels of that program The Rural Housing Service division of the USDA is expanding its manufactured housing loan guarantee program to include more refinancings of used or existing manufactured homes, according to an original report by National Mortgage News. Previously, the USDA would only refinance existing manufactured home loans that were originally financed via its RHS loan guarantee program or the agency’s direct loan program. That restriction significantly narrowed the resale market according to Doug Ryan, director of affordable homeownership at the center for Economic Development in Washington. But that could change in the nine states where the Rural Housing Service is set to conduct a pilot program. “Now the 502 program can be used to finance existing homes that were previously financed through USDA,” he said. “We do think that will open up the market in these states. This could be very positive.”

RHS is conducting a two-year pilot program in Colorado, Illinois, Louisiana, New York, Ohio, Texas, Vermont, New Hampshire and Wyoming. The RHS pilot comes with restrictions, however, that could limit the number of manufactured housing units that meet RHS’ standards. For example, the unit must have been constructed after Jan 1, 2006, in conformance with the Federal Manufactured Housing Construction Safety Standards s(HUD Code). Other restrictions include; the home must be on an approved foundation system; classified and taxed as real estate; have no alterations since leaving the factory;  the home must have been transported to site directly from the retailer or the factory. Ryan noted that Fannie Mae and Freddie Mac might be interested in purchasing these manufactured home loans. As recently reported here at MFH, that under the final rule issued on December 13, the two government-sponsored enterprises are eligible for duty to serve credit for buying manufactured home loans that are titled as real estate. Leslie Gooch,  senior vice president at the Manufactured Housing Institute. welcomed the Agriculture Department’s refinancing program.”The pilot program is an important first step to working with USDA to take this important program nationwide,” Gooch said in a statement.

Preserving Affordable Housing, One Community at a Time – 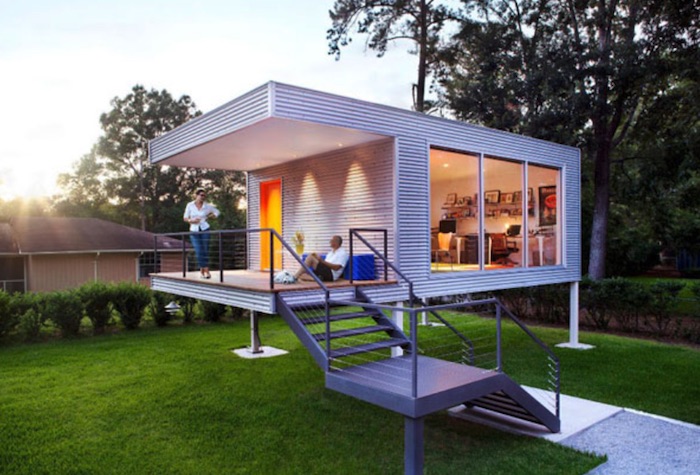 Manufactured Home Park Renters Become Owners – Across the U.S. local and state officials are taking steps to preserve affordable housing. In most of these jurisdictions, officials are realizing that manufactured home and mobile home communities are an important existing source of housing affordability. The difficulty in preserving these communities is that many community owners are seeking to convert their land to other more profitable development uses, forcing mobile home owner residents to vacate the property. There are numerous states, cities and organizations, and nonprofits that are assisting residents in the formation of cooperatives whereby those resident renters actually own and operate the community.

We reported recently an example in Dover, New Hampshire where Polly Ann Park and the 79 residents of the land-lease community, formed a cooperative funded with a loan from the New Hampshire Community Loan Fund. Those 79 residents now own the land upon where their home is sited. There are now more than 6,800 homeowners in ROC’s (resident owned communities) throughout New Hampshire. In mid-December 2016 the homeowners of the 33-acre Kayadeross Acres Manufactured Home Cooperative in Saratoga County, New York, formerly known as Creek and Pines, took a big step toward securing their financial future when they purchased the land beneath their homes, according to an online report by Real Estate Rama. The Kayadeross Acres Manufactured Homes Cooperative is part of Governor Cuomo’s unprecedented commitment to affordable housing and community renewal, which includes $20 billion for comprehensive statewide affordable housing and homeless action plans. This is the third such HCR cooperative transaction completed in 2016. The Kayadeross Acres residents cry: “We own it” has come true – they are in control of not only  their homes but the land beneath those homes and now have the power to make cooperative decisions and changes that will ensure that those homes are kept sustainable, viable and affordable,” said HCR Commissioner James S, Rubin. ROC USA, a national non-profit organization that helps residents of for-sale manufactured home parks create their own residential corporation and buy their communities, provided the first mortgage is through its wholly owned subsidiary, ROC Capital. One of the most significant advantage for renters who have become owners is those high payment installment finance contracts can now be refinanced into lower-cost mortgages.