It’s official, Jeff Newport has been named the new Chief Operating Officer for Skyline Homes Inc. Meanwhile down south, Clayton Homes has teamed up with a locally renowned architect to produce a new $120,000 “tiny home” for an upcoming Alabama Exhibit.

Skyline Corporation (SKYLINE HOMES) recently announced that Jeff Newport has been promoted to Chief Operating Officer. According to online reports, Mr. Newport had previously served as Senior VP of Operations since first becoming part of the Skyline family in early February 2016. Mr. Newport will continue to report to the President and Chief Executive Officer and will serve as a member of the executive leadership team. As COO, Newport will be responsible for leading Skyline Homes’ overall operations including the areas of manufacturing, procurement, quality, human resources and engineering.

“Jeff has already made a significant impact on our operations and his promotion to Chief Operating Officer is well earned,” said Richard W. Florea, Skyline’s President and Chief Executive Officer. “I have worked closely with Jeff over the past 12 months and I look forward to continue working together as we strive to continuously improve our operating efficiency and overall profitability.”

Skyline currently maintains 10 production divisions throughout the country and is known for their 15-month no-nonsense manufactured home warranty – a warranty that gives customers the assurance that comes from working with a company that has more than 65 years of building experience. The company’s philosophy simply states: “Skyline is committed to producing the best products at the best prices.” Visit the newly designed Skyline Homes’ website at www.skylinehomes.com for additional information. Skyline is publicly owned and its shares are traded on the NYSE MKT under the symbol SKY.  MFH Notes: Shoppers are invited to review floor plans and models produced by Skyline Homes building facilities in San Jacinto, California, Sugarcreek, Ohio, Ocala, Florida and Leola, Pennsylvania – for sale by authorized retailers here at ManufacturedHomes.com  Feel free to browse 3D virtual tours of selected Skyline manufactured homes, modular homes, park models and community homes and review construction specifications. Simply type your town in the search bar to locate a retailer near you. Securing a no obligation price quote is easy as clicking “GET CUSTOM PRICE QUOTE” on any of the displayed floor plans. 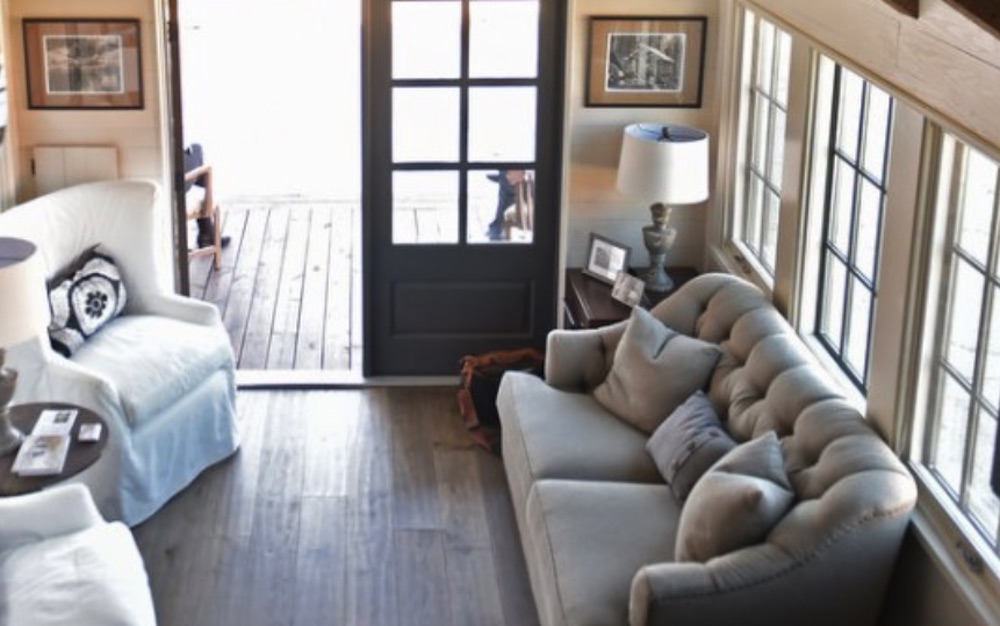 In a unique and an unlikely partnership, Clayton Homes, the largest producer of manufactured homes in the country has teamed with Jeffrey Dungan, a designer of million-dollar-plus homes. The purpose of this joint venture is to produce a 393 sq. ft. tiny home with a price tag of about $120,000, according to a report by the Washington Times. Mountain Brook, Alabama-based, Jeffrey Dungan, is known for the clean and modern houses he has designed across the United States.These homes are typically at price points of one million dollars or more, or in other words, the antithesis of the manufactured homes that Maryville, Tennessee-based Clayton Homes is known for. Which is exactly what makes the Jeffrey Dungan/ Clayton Homes partnership so unique.

“When we started working on these tiny houses we began by thinking of living a more edited life and in simple ways and times,” Dungan said in a statement on the design series website. “ As that line of thinking led to to making architectural choices, we also found that simple lines were the most powerful and elegant. We looked at forms of simple outdoor structures and found tents and teepees and sheds. We found materials that were natural seemed to fit in best with what we were creating-and indeed the environments that these structures might populate.” 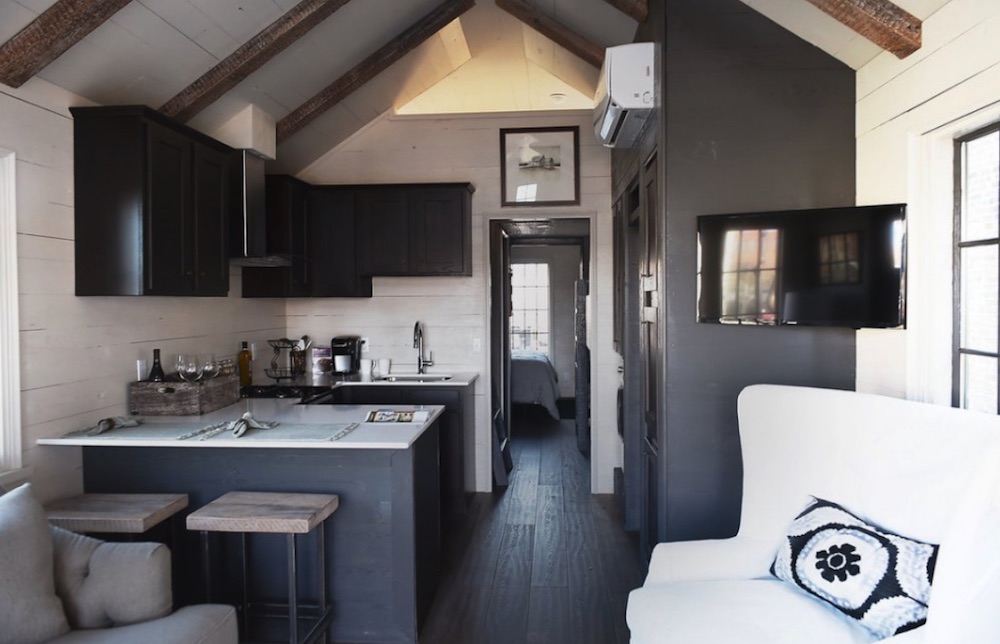 Out of this exploration came five designs, Dungan said. They were inspired by “nature, history, and simplicity.” One of these tiny home designs – called the Low Country – is featured in Alabama Center for Architecture’s new exhibit, Living Space: Tiny House Project. The Low Country is most certainly tiny at just 393 square feet, but the design incorporates high-end but rustic finishes, such as poplar bark siding, cedar shake shingles, aluminum clad windows, oak flooring and whitewash ceiling beams. The home can sleep eight people and boasts lots of storage space. Michael Burleson, of Clayton Homes, said the homes are being made-to-order in the company’s Southern Energy’s Addison, Alabama facility. Burleson said the home currently on exhibit is sold and will be shipped to Guntersville soon. The living Space exhibit featuring tiny spaces across the globe was curated by Seattle-based architect Garrett Reynolds. The project showcases innovative micro-living spaces from places like New York City, Copenhagen, Stockholm, Seoul, and Tokyo. The exhibit will be open to the public at the Alabama Center for Architecture in downtown Birmingham. Executive Director, Rhea Williams said she hopes the exhibit gets Birmingham residents thinking about what they can live without, and how Birmingham can improve urban living. “We are really hoping this exhibit makes people think about their housing choices in the future,” she said, “and how we approach housing future in downtown Birmingham.” Williams said Birmingham isn’t out of space in its urban areas yet, but the city needs to be prepared as the urban trend continues.