Last week while New York State arranged to help a handful of mobile home owners via a $2 million pilot program, officials in Bismarck, North Dakota were being asked to explain the apparently disproportionate assessments on manufactured homes. Also of interest over the past seven days, residents of a Medford Mobile Home Park have officially been notified their park was purchased by a California-based company, as County planners in Bentonville, Arkansas contemplate their first manufactured home park in over 20 years.

It’s Monday, April 3, 2017, and here are some of the more interesting MFH news stories of the past week. 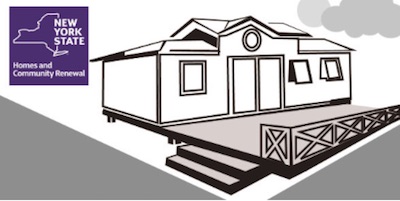 Five rundown mobile homes in Saratoga, Warren and Washington counties, New York state will be replacing them using $459,855 in state funds awarded to Rebuilding Together Saratoga County Inc. by the New York State Homes and Community Renewal (HCR), the agency announced this week and reported by The Daily Gazette News. RuthAnne Visnauskas, Commissioner of HCR said, “Through this new program New York State is now able to fund the removal of an unsafe, inadequate mobile or manufactured home and completely replace it with a new, safer, more energy efficient manufactured home. It’s one more way that Governor Cuomo is creating high-quality housing opportunities for families across the state.” In addition to the replacements of older mobile homes in Saratoga, Warren and Washington counties, HCR’s Housing Trust Fund Corporation awards were granted to local municipalities and not-for-profit corporations with experience providing residential affordable housing services in their communities. Award recipients will provide eligible manufactured homeowners with grants up to $100,000 to fully fund the removal and replacement of their substandard homes.  Awards include:

“The Mobile and Manufactured Home Replacement Program helps to address a critical shortfall in the availability of safe, affordable housing for low-income families in rural areas of New York State,” said Assemblyman Steven Cymbrowitz, Chair of the Assembly Housing Committee. “ These awards will make a significant difference in the lives of residents who now live in dilapidated or dangerous mobile and manufactured homes and lack the financial resources to maintain them. All New Yorkers deserve a safe place to call home, and I commend this program for helping to make that goal possible for so many families.”

This week’s other manufactured home news briefs from around the country:

In Bismarck, North Dakota not all homeowners are created equal in terms of how much you must pay for special assessments for city services such as street repair. An investigative report by KFYR 5 NEWS found how Bismarck charges different tax assessment rates for manufactured home and mobile home properties. Some manufactured home property managers, including Myron Atkinson, were surprised to learn they were paying more than traditional homeowners on special assessments. “Well, they’re paying the same level of taxes as other conventional homes. They don’t get the same services and they are assessed at a higher ratio,” said Atkinson. The street assessment is also a concern as mobile home parks are responsible for street repairs and maintenance within the community. The city acknowledges they get more “bang for the buck” in these communities. The city has manufactured homes assessed as commercial property which pay a special assessment at a two to one rate compared to site built homes. Atkinson says they just want what’s fair. “We are not asking that manufactured homeowners get a break.We’re asking that everyone gets treated the same,” he said. Bismarck has created a task force to evaluate special assessments in the city. The task force will look at how the city uses and charges special assessments and will report their findings to the city council and mayor.

Table Rock Mobile Home Estates has been acquired by a Southern California investment company, reports Medford Mail Tribune. Table Rock MHC paid $4.3 million to long time-time owner Rodney Howard for the 9.7 acres, 75 unit mobile home park on Downing Road. The community between Central Point and White City was established in the mid-1970s. Irvine-based Investment Property Group, which owns and operates 70 manufactured home parks throughout the West, according to its LinkedIn page, will manage the park. It has more than two dozen affiliates throughout Oregon. “IPG is the management company, not the ownership entity for Table Rock,” IPG President Amber Monte wrote in an email. Brian Fitterer of West Hollywood, California, is the principal owner of Investment Property Group, whose territory takes in Arizona, California, Idaho, Oregon, Utah, and Washington, with a staff of more than 200. Fitters were listed as the manager for Table Rock MHC LLC, on the Oregon Secretary of State website.

On March 17, Benton County planners reviewed plans for a manufactured home park located at Arkansas 59, just south of the Siloam Springs city limits, according to Northwest Arkansas Democrats Gazette. The plans submitted by property owners Javier and Claudia Chavez call for 52 spaces, with four shown as spaces for double-wide units of greater than 4,500 square feet in size and the rest for single-wide units of greater than 3000 square feet in size. The spaces will be owned by Chavez and leased to manufactured home owners. There will be two common areas for the residents use. The planning staff indicated that the “mobile home park” will require some screening or buffering to shield surrounding property from the park. “This is the first use of our mobile home regulations that I can remember in at least two decades,” said Ashley Tucker, board chairman. Tucker asked the planning staff to review the regulations and offer their interpretation to the board at the April 5 meeting.

Find a Manufactured Home Lender Near You Today