As General Counsel for the Manufactured Housing Institute, the industry’s largest trade association, I spend a great deal of time dealing with issues relative to the Fair Housing Act.

Passed fifty years ago, Title VIII of the Civil Rights Act of 1968 makes it illegal to discriminate in any type of housing based upon race, color, religion, sex, national origin, disability or familial status. These so-called “protected classes” are the basis for what has become known as the Fair Housing Act.

Coupled with additional protected classes added by state laws and local ordinances, policies and training for housing providers are a must. And while most in the manufactured housing industry understand how these laws apply to people walking into a rental office or sales center, it should also be understood that they apply to advertising.

The Fair Housing Act specifically provides that it is illegal to advertise for the rental or sale of any housing in a way that might indicate discrimination against a protected class. State laws and local ordinances generally have similar prohibitions.

For instance, an advertisement which states “No Children” would be an example of an advertisement that violates the familial status prohibitions in the Fair Housing Act. However, advertisements held in violation of the law are not always that black-and-white. Advertising that a manufactured housing community is “perfect for mature professionals” might also be deemed to be in violation.

And while the Fair Housing Act prohibits ads that show discrimination against protected classes, there is nothing in the law that prohibits advertising to attract protected classes as residents. Thus, an advertisement stating a manufactured home community has a “family playground” or a “handicapped accessible club-house” is perfectly acceptable under the Fair Housing Act.

1. Advertise the virtues of the property itself instead of the types of tenants desired.
2. Include the Fair Housing logo in all advertising (traditional and social media).
3. HUD’s Equal Housing Opportunity Logos may be found here. 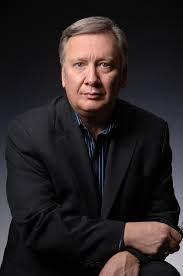 You can attend his Fair Housing 101 Training this year at the annual state association meetings in Missouri, Utah, New Mexico, Kentucky, and the Western Five State Conference in Deadwood, South Dakota.

To sign up for MHI’s free Fair Housing Update, drop Robinson an email at [email protected].