At first glance, it would appear that Florida’s manufactured homes and mobile homes have fared better than expected.

As Hurricane Irma continued its devastating trek through the Florida peninsula, into Georgia and beyond as a tropical storm, we are yet to realize the carnage left behind, especially the toll taken on manufactured homes and mobile homes located in the many communities (parks) that were/are in Irma’s path.

About one-third of Florida’s roughly 850,000 mobile homes and manufactured homes were built and installed to current code, according to industry data and reported by Reuters, leaving nearly a half-million homes vulnerable to serious damage. These current standards were implemented after Hurricane Andrew struck in 1992, uprooting thousands of mobile homes. 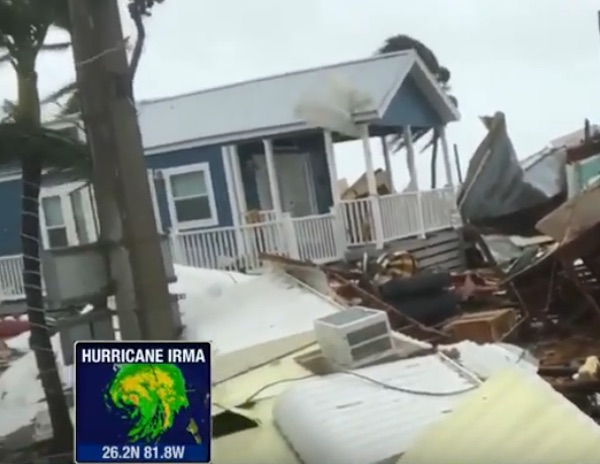 Older Mobile Homes at Risk If Not Properly Anchored

Like the majority of engineered neighborhoods, manufactured and mobile home communities are not monolithic. Some are sturdy homes built to withstand wind forces equal to a site-built home, while older mobile homes are at a particular risk  – provided the homes are not properly anchored. Mobile homes built before HUD regulations in 1976 and enhanced in 1993 that have not been retro-fitted to comply with strapping and anchoring codes are vulnerable to wind events such as storms, tornadoes, and hurricanes.

What most don’t realize, is that those sometimes sensationalized images and reports do not reflect damage incurred by other types of homes in the path of the same storm. That being said, the “mobile home” of the past and the manufactured home of today have little in common when it comes to wind and storm safety. The advancement in manufactured home building technology and federal regulations specific only to manufactured homes have contributed to a well-documented wind safety record

Manufactured homes built after 1993 located in Florida are subject to the same national building codes and standards as Florida site built homes and in accordance with the International Building Code.

One of the regulations is that exterior walls of a manufactured home are to be tightly engineered to withstand multiple forces and the weight of the roof bearing down on top of the walls. There are also specific regulations regarding the home installation and ground anchoring to resist wind forces as required by the HUD Zone map designation. Florida is in hurricane designated Wind Zone 3, the most stringent wind safety requirements zone.

A study by DR.K.R. Grosskopf at the University of Florida found that not one manufactured home built after the 1994 HUD Code changes had been destroyed by four hurricanes that struck Florida in 2004. The same phenomena occurred in the Gulf Coast region during Hurricane Katrina in 2005, with newer manufactured homes performing beyond expectations.

We have every reason to believe today’s modern well built manufactured will have performed equally as well during Hurricane Harvey and Hurricane Irma.

According to Florida Today, the funnel swirled to life as a waterspout over the Indian River Lagoon, said Kevin Rodriguez, a Melbourne-based National Weather Service meteorologist.

While some manufactured homes were damaged during Hurricane Irma, many were not.

Discover a manufactured home retailer near you today