Another “false start” for Fannie/Freddie?

After years of study and contemplation, the government-sponsored enterprises (GSEs), Fannie Mae and Freddie Mac (Fannie/Freddie) are ready to test the market for manufactured home chattel loans, according to Bloomberg, and optimistically reported here at MFH News on 5/11/17.

However, the subsequent draft plan indicates the test program the industry had looked forward to reviewing, is projected to require at least three years of additional study and outreach and will address only minimal financing activities that will not have a significant impact on the duty-to-serve mandate required by legislation dating back to 2008!

Unfortunately for many hardworking, low-to-middle income Americans, the dream of affordable quality homeownership will continue to be delayed, again. Chattel loans, which are secured by the asset itself with no underlying property, comprise about 80% of all manufactured home purchases. The GSEs haven’t been involved in this market for nearly 20 years when Fannie stopped purchasing them.

The absence of a secondary market has limited access to credit for buyers and driven up the costs, according to industry advocates, as reported by Scotsman Guide. As it stands, companies owned by billionaire investor Warren Buffett controls a huge slice of the sales, manufacturing and financial ends of the manufacturing housing industry. The two dominant chattel lenders, 21st Mortgage and Vanderbilt, are both subsidiaries of Buffett’s Berkshire Hathaway. Several other lenders also are in the space, but their scale is limited because of the lack of a secondary market for chattel loans. 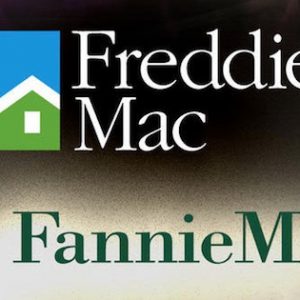 What’s Next for Fannie/Freddie?

The GSE exploratory efforts have been praised by special interest groups that say a mainstream chattel loan market is needed to bring down the high cost of these loans for lower income buyers, who most typically purchase manufactured homes. Unfortunately, that exploration will not have a significant impact facilitating manufactured home only (chattel) loans anytime in the near future.

“Realistically, they really couldn’t in my view meaningfully meet the duty-to-serve manufactured housing (requirement) without addressing chattel because it is two-thirds of the market,” said Doug Ryan, executive director of affordable homeownership for the Corporation for Development (CFED).

Ryan said that GSEs have already sought input from the CFED, the Manufactured Housing Institute (MHI) and other interested groups. The manufactured housing industry has given the draft plans only mixed reviews, however.

“What we are saying is is that we are pleased that they are looking at chattel, but that they need to accelerate the pace of getting to the point where they could actually securitize it,” said Lesli Gooch, senior vice president of government affairs for the Manufactured Housing Institute.

“Fannie does say that, subject to internal approval, they will start purchasing chattel loans in the final year of the three-year period, but they only are talking about between 350 and 425 homes,” Gooch said. “So, that’s pretty minor. We want to see a major impact. We understand that setting up a securitization structure takes some time, but what we want to see in these plans is that they are going to get there. We don’t see that right now and three years is a long time.”

The GSE plans both points to their lack of familiarity with chattel loans, citing the lack of recent chattel loan performance data as the rationale to engage in additional due diligence prior to purchasing chattel loans. The focus of each of the three-year plans is on steps to ensure chattel loans can be purchased in bulk safely and soundly prior to proceeding with a chattel loan pilot.

In the meantime, both of the Enterprises duty-to-serve plans also include increasing the number of purchases of their single family manufactured housing titled as real estate, which is financing the industry already has available.

The public comment period ends on July 10, 2017. It is unlikely that anything will change from what we know now. If it does, we will report.

Find a manufactured home retailer near you today