Manufactured Housing is America’s largest single source of affordable home ownership. But manufactured housing, often located in mobile home parks, is kind of the Rodney Dangerfield of housing—it gets no respect. Yet, a 2015 policy brief from Prosperity Now (formerly CFED) notes, it’s the country’s largest source of unsubsidized affordable housing. It’s the de facto source of housing not only in the nation’s poorest regions, but in high-cost regions, as well.

Manufactured Housing Parks Are Part of the “The Great Wealth Transfer” 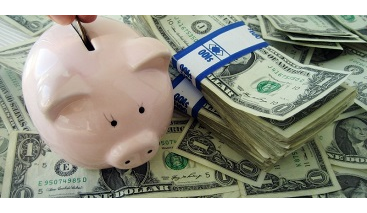 They call it “the great wealth transfer.” Experts expect $30 trillion in assets—60 percent more than the Nation’s annual gross domestic product—to change hands as baby boomers pass their wealth on to their heirs. But where are these assets? The answer, it turns out, is that baby boomer assets permeate nearly every sector of the national economy. This includes business ownership and home ownership. It also includes ownership of commercial real estate, such as manufactured home (mobile home) parks, as Vermont Public Radio reports.

For many manufactured home park residents, many of whom are aging “baby boomers,” there’s a challenge with living in manufactured housing communities: the lack of security of tenure. You may own your home, but a good third of the nine million households do not own the land their home sits on. This leaves them “vulnerable to the whims of their land lease owners to raise lot rents, change community rules, or order eviction due to a ‘change of land use’ when the land becomes more valuable.”

Decades ago, park residents began to develop cooperative land ownership as an alternative. Through a resident-owned cooperative, manufactured home owners can pool money to gain control of and title to the land under their homes. In Vermont, according to a report of 241 sites, there are 11 cooperative mobile home parks in the state. Nationally, the ROC (Resident-Owned Communities) network has supported the creation of 200 cooperatively owned mobile home parks in 14 states. 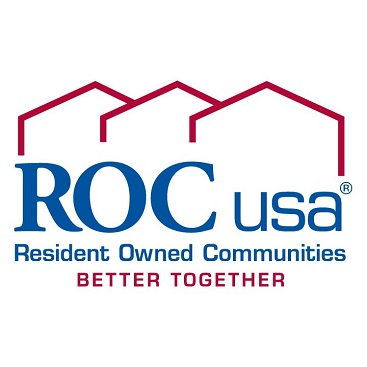 One reason for the scant number of co-ops is simple. A co-op can’t buy the mobile home community unless the owner is willing to sell. In Vermont, however, as mobile home park owners age, far more are starting to look for buyers. These owners are increasingly entertaining the prospect of selling their manufactured home communities to current residents.

In a normal year, only two or three mobile home parks in Vermont might be offered for sale. But according to Jonathan Bond, Valley Office of Economic Opportunity, eight mobile home parks are changing hands this year, with more expected to come on the market in coming months.

Bond says that as some mobile home park owners age and look to get out of the business of running a park, they are putting the land up for sale and it is creating an opportunity for the residents to take over ownership.

Vermont law also encourages sales of mobile home parks to residents. Under Vermont law, “when a landowner wants to sell a park, the law says residents have to be told before a sale goes through, and the residents also get about five months to organize and make an offer.” Other states have enacted legislation or rules similar to the Vermont law.

Acquiring financing to purchase a community is usually not a major obstacle, but the cost of necessary upgrades can be. One positive sign—purchasing residents are determined to make it work.