Mobile Home Park Plaintiffs Claim Their Right To “Equal Protection” Under The 14th Amendment To The U.S. Constitution. 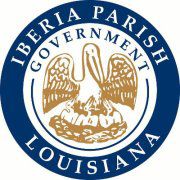 Six months ago, the Iberia Parish Council passed two ordinances that affected the mobile home park population in the area. Under the new ordinances, zoning will change for existing and new manufactured home communities with three or more mobile homes.

The Iberia Parish government will now zone and classify these communities as commercial entities. This makes those residents and park owners responsible for their own trash and refuse pick-up. This service was provided to all residents in the Iberia Parish until now, but would cease under the new ordinances.

Residents and owners of mobile home parks expressed their frustration, calling for a veto. Parish President Larry Richard decided not to veto and moved forward with both ordinances. Weeks later residents were still fuming, calling the council’s decision discrimination.

“Somebody’s got something against mobile homes, ya know,” said Sheila Smith, a mobile home advocate, according to KADN News 15.

“The wording in the ordinances, they do sound discriminatory as far as mobile homes and parks,” said Bill Smith, Sheila’s husband, also a mobile home park advocate.

Bill and Sheila Smith have been fighting since the beginning. They feel the council isn’t considering low-income residents.

“The mobile home park owners offer a low-income housing price. Not necessarily section 8 but people that make a low income…they might not qualify for section 8, but we keep our rent low enough for them to afford it. What this is going to do is going to drive the costs up,” said Mr. Smith. 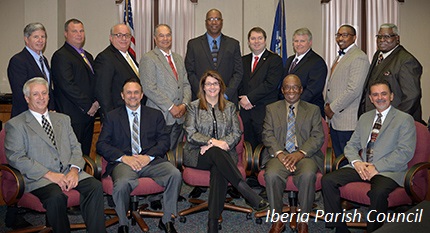 Iberia Council chair Natalie Broussard addressed the accusations of discrimination, saying the plan was not to single anyone out. In fact, she said, they were trying to undo an ordinance that did.

“It’s not like an attack against these people, it’s not like we’re anti-mobile homes or anything of that nature. But it’s all about being consistent and treating all commercial entities equally,” explained Broussard.

The new ordinances require park owners and mobile home residents to provide their own trash services. They also require developers of new manufactured home parks to re-zone the land for commercial use.

In response, mobile home park residents and owners filed a lawsuit in the 16th Judicial District Court. It concerns the ordinance voted on by the Council earlier this year that limits the scope of residents able to participate in the Iberia Parish garbage services. 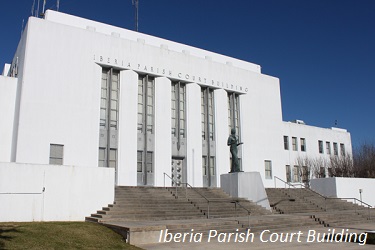 Fast forward to the present. According to a November 1st report by the Daily Iberian, the Iberia Parish Government is responding in kind. The Government is attempting to move the lawsuit concerning the recently passed ordinances to federal court.

The Parish Government filed a notice of removal in the Western District of Louisiana on October 11th. Under 28 U.S.C. §§ 1446, this will remove the lawsuit from state court to federal court.

According to the document, Iberia Parish Government cites the transfer in jurisdiction as proper “because the plaintiffs seek to litigate claims for which the federal courts have original jurisdiction. Particularly, the matter is removable on the grounds that the petition asserts claims seeking damages under the claim that their right to equal protection under the 14th Amendment of the United States Constitution has been violated.”

Officials held the first hearing on the matter on September 29th under the jurisdiction of the 16th Judicial District Court. In that hearing, Judge Curtis Sigur placed an injunction on the ordinance, which means enactment of the law—which was set to go into effect on October 1st—will be delayed until it bears out in court.