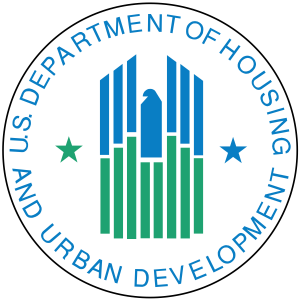 The Department of Housing and Urban Development (HUD) has settled two Fair Housing Act cases and filed one new case. The descriptions below are from press releases issued by HUD. While the cases do not specifically involve manufactured housing, they offer proper guidance to owners and operators of manufactured home communities.

In a new filing, HUD has charged an Oneida landlord with illegal discrimination for denying the reasonable accommodation request of a tenant with mental disabilities. HUD’s Charge alleges the landlord attempted to make the tenant pay extra fees for having an assistance animal, made threats to intimidate her, attempted to deter her from exercising her rights, and eventually evicted her. Click here to read the charge.

HUD’s Press Release states that prior to moving into her apartment, the tenant had informed the landlord her dog was an assistance animal and he could not charge a pet fee. “After she moved into her apartment, the owner of the building required her to sign a second lease which specified that she would be responsible for paying a monthly pet fee of $50, a cleaning charge of $575, and a $350 pet security deposit. The Charge further alleges that the woman was required to sign a ‘Lease Addendum For Dog In Apartment’ that stated the monthly pet fee was temporarily waived, but she could be charged the monthly fee retroactively if she discussed the accommodation/waiver of the fee with other tenants. Despite initially waiving the monthly pet fee, the landlord eventually voided the waiver and demanded she pay it. According to the Charge, after she refused to pay the fees, the owner terminated her lease and later threatened to sue her if she attempted to enforce her rights under the (Fair Housing) Act in court.”

The Charge is particularly instructive to owners and operators of manufactured home communities struggling to understand how HUD is expecting to interpret its previously issued Notice on reasonable accommodations for assistance animals. 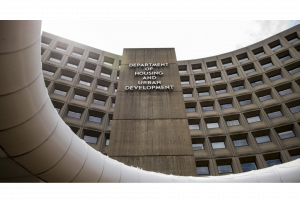 HUD settled a Fair Housing Act case after a father of two filed a complaint alleging he was denied the opportunity to rent a condominium because he had two young daughters who would be living with him part-time. The father alleged that the leasing agent refused to consider his application for the unit, saying, “I don’t want to waste your time or mine. Sorry.” Click here to read the Conciliation Agreement.

Of note, in this case, is that the owner denied they discriminated against the family but agreed to settle anyway. The owner of a community can be vicariously liable for the acts of their employees and agents (including a leasing/management company). Conducting regular training of employees and third-party operators regarding the implications of the Fair Housing Act is key to avoiding claims.

In a no-brainer, HUD settled a case against the owners and operators of an apartment complex in Bakersfield involving sexual harassment of female residents. Click here to read the Conciliation Agreement.

“A home should be a place of peace and security, not fear and anxiety because of sexual harassment,” said Anna María Farías, HUD’s Assistant Secretary for Fair Housing and Equal Opportunity. “Today’s settlement agreement sends a clear message to all property owners and landlords that HUD is committed to taking appropriate action when offenders engage in behavior that violates the Fair Housing Act.”

Owners and Operators of manufactured home communities should be aware that HUD and the Justice Department are involved in a nationwide joint initiative aimed at combatting sexual harassment in housing and are encouraging tenants faced with sexual harassment to report their cases.